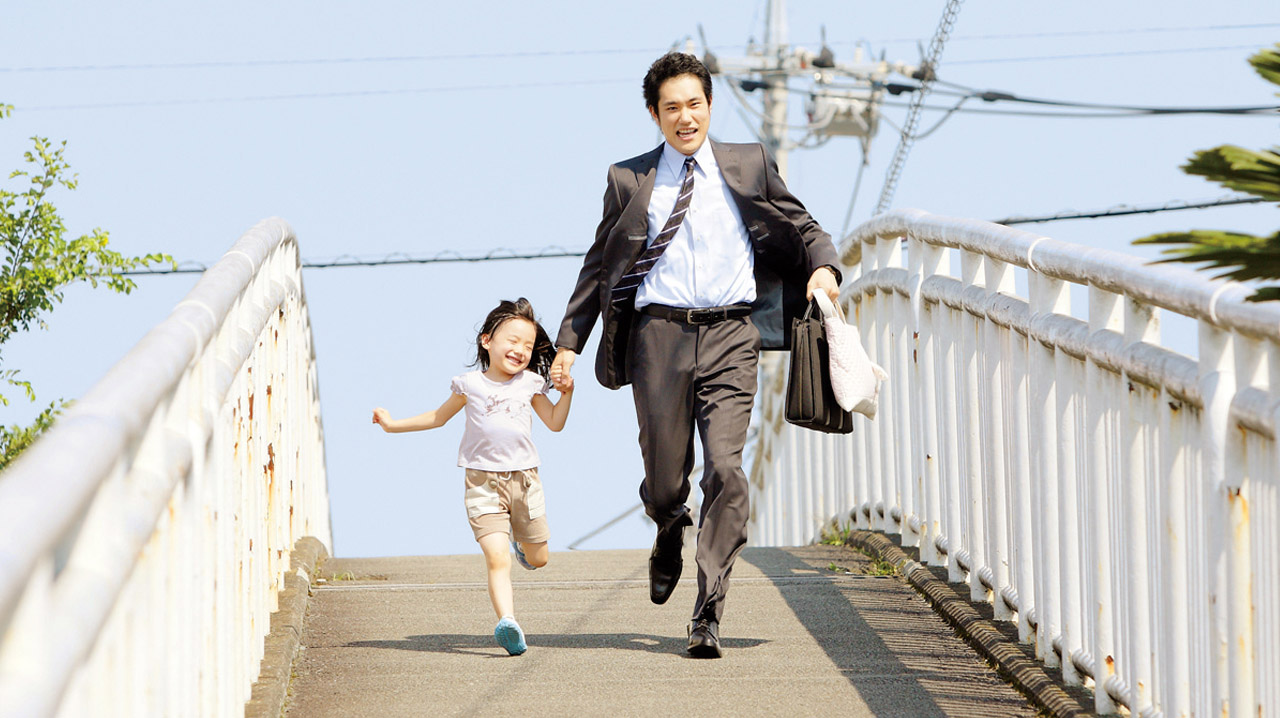 (image from here)
Manly tears were shed after watching this movie.

This movie has been sitting in my hard drive for half a year now, and mainly I was bored tonight, so I decided to watch something. I had nothing particular in mind, so I just browsed the folder where Japanese TV shows and movies are stored, and on a whim decided to watch this.

It was a mistake of sorts.

This movie is based on the manga of the same title. I won’t give a synopsis, I’ll just link the Wikipedia entry.

I just want to write about thoughts that came into my mind during and after watching the movie.

I don’t see myself having children in the near future. That might change, but right now I don’t think I will have children of my own. I see them as kawaii when they are not throwing fits or crying like it’s their nature. I had seen a lot of parents whose patience ran out when dealing with the terrible twos.

I still remember my youngest brother when he was born. We woke up in a stormy night, only to find my parents gone. My cousin acted as our guardian; she told us that my mom’s about to give birth.

The night after, a bundle of joy that was a baby arrived home. He was so cute and fat and adorable, we forgot the anxieties of our mom not coming home with the baby. I was happy he arrived safely, but later on I thought he was a pest because from time to time I had to keep watch, feed him, or change the diapers.

I saw how hard it was to be a parent and to take care of children. As I grew up and became a cantankerous and snobby adult, I thought about children and having to take care of them and their future, and I decided that it is not for me. I don’t think I can take the responsibility of caring for a child.

It is a source of anxiety from relatives. They keep on telling me who would take care of me when I get old. I always joke that I have to be super rich by then.

I wanted to argue that it is not the right reason to have children. I’d like to quote Gibran but they won’t understand (I keep on kidding my mom that children have no obligation of taking care of their parents, but filial piety always takes hold).

This movie made me rethink of this. It made me ask a lot of questions. Am I capable of love? Am I capable of having a child, taking care of it, preparing for its future? Am I being selfish in my decision not to have a child? Is not having a child a sign of my own weakness? Is adoption an option?

Manly tears were shed (manly tears being imaginary tears) because this movie has shown me what will I miss if I stick with this decision. But mostly tears were shed because I am too much a coward to even contemplate a life of a father taking care of his child.