The word “Constitution” is being bandied about these past few days, no thanks to the Senate Electoral Tribunal’s decision regarding Grace Poe’s citizenship and Rodrigo Duterte’s reaction to the said decision.

But what is a Constitution?

The basic, fundamental law of a state which sets out how that state will be organized and the powers and authorities of government between different political units and citizens.

It is basically an agreement between citizens of a state on how the government is organized, its powers, and how it relates to its citizens. Basically all actions of the government – executive actions, legislations passed, decisions promulgated by the courts – are governed by the Constitution.

So basically, Duterte is correct: 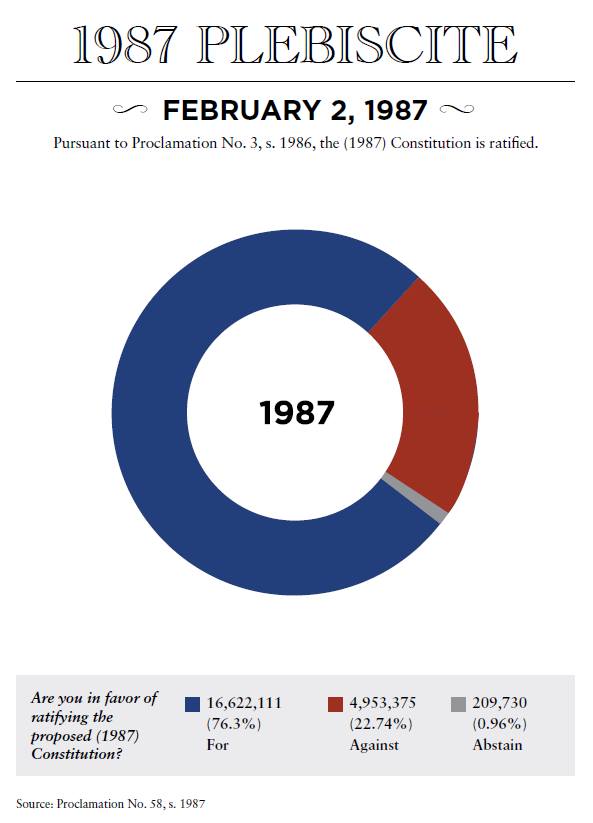 From The Philippine Electoral Almanac http://pcdspo.gov.ph/pub/201305may-election-almanac.php

But. Here’s the problem. The people had ratified the Constitution and its entire content, meaning we agreed on everything that is stated in the Constitution. You cannot take a part of it and disregard the others that you don’t like or does not conform with your beliefs. It just doesn’t work that way.

You take it as it is, or you have it amended through the means stated in Article 17. (I wish you luck; there has never been a successful amendment since the Constitution was ratified.)

So, the Bill of Rights. It is Article 3, with 22 sections. The first one is the most paramount:

Section 1. No person shall be deprived of life, liberty, or property without due process of law, nor shall any person be denied the equal protection of the laws.

It is a very powerful provision: no one, not even the government can kill you, can detain you, or take away your property without you undergoing due process. Meaning, before the government can do anything against you, it “must follow fair procedures.” There will be investigation, you will be informed of the case against you, you can defend yourself before a court of law, and the court will decide based on evidence.

That’s how it is supposed to work. We have assented to the Constitution, and we promised to abide by it.