Earlier today, Rappler issued the tweet above. There was some minor issues yesterday when Rappler tweeted an image with a quote from Mar Roxas, which, according to supporters, were taken out of context. It is not my intent to argue about whether the quote as shown and understood was taken out of context. What was surprising was the poisonous and toxic reaction AGAINST the Rappler apology. It is very rare for a news outfit to apologize for an editorial decision. For decent broadsheets, they usually publish errata but those are almost always never published on the front page; they usually place errata on the inner pages, and sometimes, in small font. Some broadsheets even have internal ombudsmen where readers can complain about news reports. But never has any organization apologized in such an upfront manner, and for that Rappler should be commended.

It’s very rare for a news outfit to apologize for an error. They usually just publish an erratum deep inside pages. Kudos to @rapplerdotcom — Arbet Bernardo (@ArbetBernardo) November 6, 2015

The detractors of Roxas, as expected, zeroed in on the apology, alleging that Roxas and/or the Aquino III administration twisted arms so that Rappler would apologize. In an election season, that would be tantamount to suicide. No news organization with respectable reputation would allow itself to be censored, and such actions would only cement the resolve of the target news outfit to continue reporting. Nothing ignites the imagination of a David fighting a Goliath. Also, Rappler said it was an editorial decision to apologize, and I take it as it is.

The problem stems from the tendency of netizens to pay attention to memes instead of reading. Nothing attracts the attention of people with short attention span than a spiffy graphic with pithy text. And with Twitter and its character limitation and again the tendency of people with short attention spans to not click, you need to express in 140 characters what you need readers to understand. To somehow overcome the character limit, social media managers use graphics to show more information, and hopefully entice readers to click on the link. 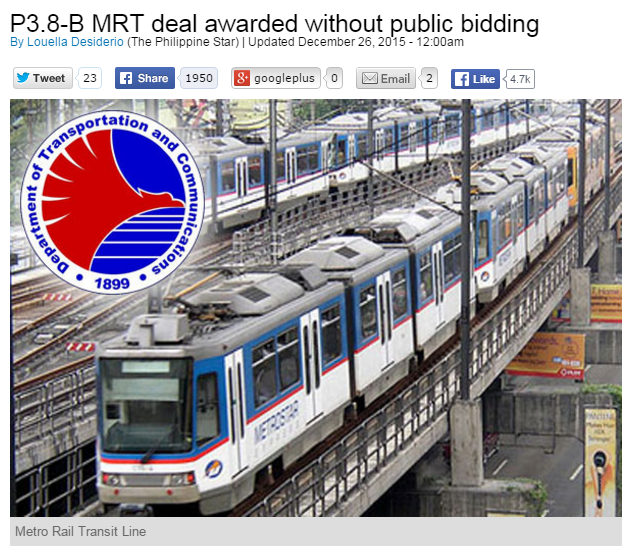 arded without public bidding. By reading that title alone, you might cry “ANOMALY!” But if you read the content it states that there were previous failed biddings, and the procurement law allows the government to negotiate a contract without bidding due to emergency and failure of bidding. You have to read the news otherwise you will be misled.

With the limits of social media, news orgs have to adapt. In the process, something has to give. And that is context.

The problem is simple. Netizens do not really like to click links. If they agree with what they had seen (graphics) or read (tweet), they’d automatically share without reading the news. If they are rankled by what they had read/seen, they’d automatically share with rage-filled texts of their own. Things can be taken out of context – what was quoted can be incendiary but might actually be benign if the story is read.

It’s the nature of the Internet beast, and the adage “Think before you click” is relevant more than ever. But based on what’s happening, we’re quite trigger happy. Or should I say button click happy?

And with a loooooong election season, expect more #MeltdownCity moments, all because someone made a rather controversial tweet without context, and netizens react with such fury that even barbarians would stay away. Brace yourselves.

One thought on “The meme-ification of news”